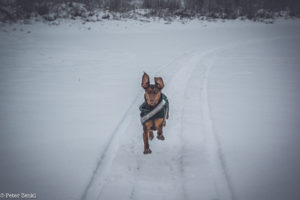 So as we tried to start the van for going north again, we realised that this rusty, old thing was slowly giving in to the cold. Apparently our alternator had resigned and the van became harder to start and run than ever. Smoking, rattling and backfiring it sounded like it would blow up now any minute.

But we had a mission. We had to go further north again. We would be taking care of a cabin and a husky dog 50 kms outside of Dawson City and 200 kms from the arctic circle. Surrounded only by wolves and moose this sounded like the right spot for a wonderful Christmas and an epic new years eve.

Lucky as we are it wasn’t colder than -10 C for a week. And we were very optimistic that our three days on 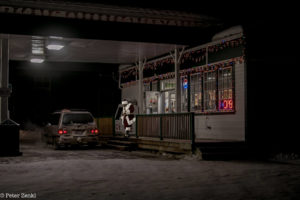 the road would be just fine. So we loaded the van with a turkey, a four kilo salmon, candy, Christmas-decoration and everything else we would need in four weeks of solitude. Once in that cabin we wanted to avoid starting the van at all. It was no question that the week of „warm weather“ would end and it would be really cold up there.

On that drive we got stuck in more than a meter of snow once, overheated twice and had cold feet all the time. Yet on the fourth day we’ve reached Dawson City, where we took a hot shower in the legendary Pit (Westminster Hotel), ate an enormous breakfast in the Eldorado Hotel and had the first really good pizza since we left Mazatlan, Mexico. We stayed there for a couple of days and nights, made more friends and took it all in before heading out into the wild once more… 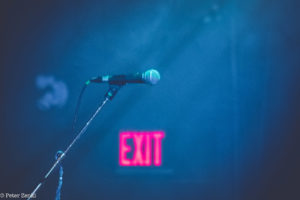 See you on the open road one day

Vanlife at Night and Citylife during the Day Cabinlife